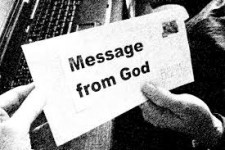 The Gospel choir is one of the most powerful ministries in the Gospel music genre. And even though we seem to be at a place in music now where they’re becoming almost extinct, it seems, they still play a vital role in churches across the nation and beyond. The choir is usually the largest organization or auxiliary in the church. As such, choirs deal with a lot of challenges that can be detrimental to the effectiveness of their ministy.

Because there are so many people to deal with, all with their own personal lives and schedules to attend to, personnel issues plague choirs more than anything. This can quite dramatically affect what songs a choir can sing from week to week. You may have rehearsed two songs and got them down at choir rehearsal, only to find out the leader isn’t coming Sunday. Or there aren’t enough sopranos. Or a key musician is out that day. But regardless of what happens, we must be on our post and perform our duties, amen? So Sunday after Sunday we adjust. When we can’t sing what we practiced, we sing something else. It’s that simple, right? Well that’s kinda what I want to talk to you about in today’s blog.

Every choir deals with this on some level, week after week. And as we find ourselves in these predicaments there are songs that become our bail out songs. You know the ones. The songs we can sing even with a skeleton crew there. They end up being the songs we turn to every time we find ourselves in a bind. Limping. Crippled, so-to-speak. We call these songs “crutch songs” for that very reason. Crutch songs are necessary, to be sure. We must have songs that are easy, that we can do any time without a rehearsal, that require no leader, that anybody in the band can play; you get the idea.

But even though crutch songs provided much-needed flexibility and give us options when we’re short-handed, crutch songs can become a kind of “spiritual wet blanket” if we aren’t careful. The unfortunate thing about songs that get relegated to this category is that our attitude toward them starts to change. That’s because most choirs eventually get to a point where they only sing these songs when they’re in a bind. Pretty soon you get to the place where you don’t like the song anymore. Any time you hear that music start you roll your eyes into the back of your head, thinking “Oh God, not this one again”.  And that’s a bad place to be spiritually about any song you’re about to use to minister before God’s people.

Oh yeah, miiinistry! That is what this is about isn’t it? We get to a place sometimes where we forget that, don’t we? We start focusing more on what we want to sing rather than what, perhaps, God wants someone to hear that showed up that day.  That’s what makes crutch songs such a dangerous thing to a choir’s ministry.  When a song gets relegated to the category of “crutch song” it loses it’s importance. It loses it’s power for the choir. The message doesn’t touch you anymore. You don’t think about the message anymore because all you can think about is how you’re really tired of doing it.

But what can you do, right? I mean isn’t it just natural to have a change of heart about a song when you’re doing it only when there’s some “issue” going on? Absolutely it is. So how does a choir avoid having “crutch songs? Well let’s examine that for a moment. Think about one of your choir’s “crutch songs”. Get it in your mind. First think back to when it was new. Think about how you felt when your choir first performed it. Remember how powerful the message was for  you  back then? Now think about the lyrics and what really grabbed you about the song.

Got all that in your mind? Good. Now, ask yourself what changed about the song. Well, nothing right? The message certainly hasn’t.  You see, songs get old, but the message doesn’t. I told my choir recently “every time we sing “It’s Only A Test”, there is someone in the audience going through trials. They need to know that  what they’re going through won’t last. It’ll be over real soon.” Every time we sing “He’s Still Good”, I told them, “He still is”.

And that’s where we need to be spiritually every time we sing those songs.

I think what I’m trying to get across here, is that every choir needs to have songs they can deliver well in a pinch. But no choir should allow any song to become nothing more to them but a crutch song that’s only used to “bail them out”. So here are a couple of suggestions for keeping songs on your choir’s list from being relegated to “crutch song” status.

1. Sing these songs at times when everything is going well and everyone’s there.  This helps keep it from being seen as one you sing only when things aren’t going well.

2. Re-connect with the message. Remind yourselves both personally and as a group what it means, what it meant to you guys when you first sang it. Talk about the message of the song at rehearsal. This helps keep your choir spiritually connected to the song.

So in summary, all choirs need songs that give them flexibility and options when key people are out. But no song that was good enough to make your song list in the first place deserves to be given the title of “crutch song”. Every song your choir sings deserves your best performance of it every time you sing it.

Has your choir had a workshop lately? Contact us me! It’s pretty common knowledge that music is one of the most powerful tools God has given us for for ministry. It stands to reason then that music ministries are the Devil’s favorite target. And, like anything else you try to do in excellence to God, when you’re trying to go to another level is when the enemy begins to attack even more. Perfecting music ministry can be a lot of hard work. Long rehearsals filled with repetition after repetition as choirs, praise teams and groups strive to perfect their harmonies and sound so that God may get the glory.

In a previous blog I gave you scriptures that support the fact that God honors this work. Scripture always speaks highly of skilled musicians and singers. But sometimes it doesn’t come easy. Often it’s the most simple of things too, isn’t it? One little part that you just can’t get down, or one little line that somebody keeps forgetting; something that any other day would be easy for this group. But tonight. This song. It won’t come together. And it’s times like these that we forget what we’re doing all this for in the first place. We get weary. Tempers flare. Arguments take place sometimes. And inevitably someone will question why it’s even all that important.
How do you keep going? How do you push past this? What do you do when you’re stuck on a song, it’s not coming together and everyone is getting angry and frustrated.

1. Stop and pray. Join hands and just begin to pray as a group. Ask God to bind the spirit of division of strife. Pray for unity. Ask Him to move self out of the way. Pray genuinely and not with malice or strife in your hearts. Honesty and truly worship God. A negative spirit has a hard time surviving in this environment. Try going back to the song afterwards, when hearts and minds are in a better state.

2. If it’s harmony that’s causing the problem, try singing the difficult passage a cappella. Often singing the harmony without music helps your singers hear all of the parts blending together. It can really help some singers make sense of their part and understand why it is what it is.

3. If it’s lyrics talk about the subject of the song. Connect with it’s message. Talk about different lines or passages and ask members what it means to them . Moving forward, get into the habit of NOT using lyric sheets unless it’s absolutely necessary. Lyric sheets can be more of a hindrance than a help. They cause your brain to be “lazy, so-to-speak. There’s no need to memorize something as long as the words are in front of you.

4. If all else fails, table the song until another rehearsal. Sometimes getting away from a song gives members a chance to renew their hearts and minds and come back refreshed and with a new attitude about the song.

Whatever you do, continue to strive to give God the best your music ministry has to offer. Often that does mean you have to push past tricks of the enemy like discontent, frustration and anger. Time after time though, those music ministries that do are rewarded with God’s favor and anointing. Today I’ll be spending time with relatives to celebrate Thanksgiving. Aunts, uncles, cousins and offsprings will all come together to break bread, laugh and enjoy each other. It’s such a beautiful thing and I really look forward to it.

The night before though, I sat in my couch in my apartment writing this blog on my cell phone, alone. You see just 3 years ago I finalized the divorce papers and dissolved a 16 year marriage. I walked away from everything I had spent most of my life building and working and fighting for-my home-so that my ex-wife and kids wouldn’t have to be uprooted from the only home they had ever known.

Sounds like a sad story,I know. And yet I write you with a heart full of gratitude. Because through it all God has been faithful and given me favor. God has blessed my ex-wife and I to have a healthy, respectful and friendly relationship with each other.

I have unrestricted access to my boys and spend every other weekend with them. They are healthy and well adjusted young men who love us both equally and are proud of their parents for how we handled everything.

This year God placed my business on a new path that is in line with the calling He gave me. Since taking the old company website down, changing the company name and completely changing its direction and focus, I am now more fulfilled in my work than I’ve ever been.

Not only am I doing the work I believe God created me to do, but it’s touching people on a much bigger scale than I ever dreamed. I’m thankful that I get to meet, interact with and serve people like you and help you take your your ministry to the next level as I continue to seek to go higher myself.

And so even though I’m alone now after 16 years of living with a family around all the time, I feel like I’ve gained an even bigger family. And that family continues to grow.
And so as my family member I’d like to wish you a special happy Thanksgiving. May God bless you and yours richly today and in the coming year.