First off, I suppose I’d better start off by defining what I mean by “great singer”. When I mention the “greats” I’m talking about those vocalists who have achieved critical acclaim for their singing. I’m talking about singers who are universally considered some of the best there is, by people across all genres, styles and backgrounds.

There are, for example, some artists in Gospel that have achieved great things and have a huge fan base. Gospel fans may think they’re the best out there but very few people who don’t listen to Gospel know who they are.

So, who are some people who have achieved this kind of universal acclaim as great singers? I’m talking about people like Frank Sinatra, Barbra Streisand, Whitney Houston (pre Bobby Whitney, ok?, lol) Luther Vandross. Remember Mel Tormey (sp?) Considered such a smooth vocalist his knick name was “The Velvet Fog”.

I could go on, but you get the picture. These are people who are known the world over as simply some of the best vocalists out there…by everybody, not just fans of their respective genres.

There’s one thing that every one of these singers do, that you can do too; immediately and without a single lesson.

Ready? The answer is one word…..

I happen to know that most of my subscribers to this blog sing either R&B or Gospel. In both of these styles of music people tend to equate great singing with the ability to do lots and lots of vocal runs, riffs, trills and such. This has to be one of the most coveted vocal abilities of them all. It’s so important to many singers that they do it almost the whole time they’re singing.

But often I think we get so caught up with the fancy stuff we mistake the fancy stuff for actual singing. Riffs, runs, trills, and other “vocal acrobatics” (as Arron Nevel called it once) are style elements; they are nice touches that should be sprinkled into your singing here and there for style.

But look at the singers I mentioned above again. I’m sure you can add a few names to the list I’m not thinking of right now. But the point I’m making here is this: all of these singers are known the world over for their ablity to create some of the most beautiful music with their voices. Why? Because they place the emphasis on pure, honest, true tone production.

I heard Whitney’s performance of the Star Spangled Banner again the other day and it gave me chills. Still considered to be one of the best renditions of it ever. No trills, runs, or riffs. She just sang the notes; pure, clean and with deadly accuracy of pitch.

There is no instrument more complex than the human voice. It is about the only instrument that can’t be accurately duplicated by any keyboard. As such, no sound is more beautiful or unique than the sound of a human voice producing pure, clean musical tones with spot-on pitch.

So, as simple as it sounds, if you want to instantly improve your sound, do what the greats do..simplify. Just sing honest, true musical tone as clean and as pure as you can. If you want to work on anything, spend as much of your time as possible working on pitch. Always be on pitch, even if you have to sacrifice style elements you want to do.

Want make that Worship song transport the audience into the very presence of God? Strip your performance of it down to nothing but the pure musical notes it calls for, and sing them as clean and simply as possible. You will move your audience to tears.

Want to make that love song have people gazing into your eyes? Same thing. Luther Vandross hardly ever did a run or riff, and was overweight most of his career. Yet he was considered one of the most amazing ballad singers of our time.

Let’s look at an interesting contrast, just to prove a point. I’m a big fan of Stevie Wonder. Now, let’s face it. Stevie Wonder does a lot of riffing, and he does it like he invented it. The man is incredible. He uses his voice like a weapon, lol. Stevie can sing, no doube about it. AND….Stevie has indeed received critical acclaim the world over.

But NOT for his singing. When you think of Stevie Wonder what do you think? “That man’s a musical genius! He’s an incredible writer”. So does everybody else. That is his claim to fame.

Now, when you think of Luther, what do you think? “That man can saaang!”So did everybody else.

So the word for today is…..Simplify. 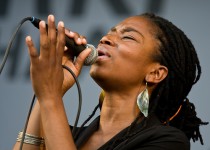 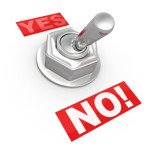