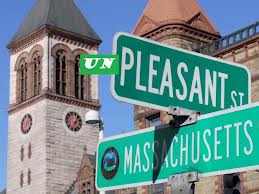 If there’s one thing all choirs, praise teams, and pretty-much any other music ministry with more than one member have in common it’s personnel issues. That’s a broad term, to be sure. But I’m speaking specifically of the common problems most ministries deal with in regard to people just consistently being there and being on time.  It can really throw a monkey wrench in things when you’ve rehearsed material for Sunday morning and you’re depending on key people to be in place, only to find them absent or simply arriving too late.

There are times when a choir or praise team can’t do the song they planned to do because the leader who was supposed to sing it isn’t there, or the musician, or the director, or half the alto section- you get the idea. And while every music ministry who is preparing themselves well at rehearsal will have back-up songs in place for just such occurrences,  when it’s happening all the time it can really become a hindrance to the group’s ability to minister effectively. Not to mention it’s just plain frustrating and unfair to everyone involved with the process of learning, teaching and perfecting the songs.

While I haven’t always felt this way, as I’ve grown and matured over the years I’ve come to understand that you can’t always assume that what things look like from your vantage point is the Gospel truth. There may in fact be- and there usually is, to be honest- very valid reasons why a person is consistently late or absent at key times.  But if we’re going to be honest, we must also point out that for every person having a serious life circumstance that causes them to continually be absent or late, there must be 2 or 3 who could absolutely be on time with a little more effort.

There’s really only one way to effectively and fairly handle issues like this. But it’s one many choirs and praise teams don’t want to resort to. It’s the one thing that is, I believe, necessary and vital to the success of ANY organization, but especially music ministries. This unpleasant thing is:

Rules are a no-brainer for most organizations. It just makes sense. It’s expected. Music departments though-especially smaller ones who don’t have many members to start with- have a hard time enforcing rules. You see if my choir only has about 10 members then I need every single body. So if 3 Sopranos come in late, I’m just glad they showed up. Come on up here!!

There is also the emotional difficulty of the task itself. It’s no fun telling people they can’t sing today. Especially when you really don’t know what the underlying issue is. But the truth is, the consequences of not having any rules in place-or having them and not enforcing them- soon become greater than the unpleasantness of enforcing them. When there are no rules that govern attendance and timeliness, then spotty attendance and tardiness become the acceptable norm for many members.

When you know you can be a half hour late on Sunday morning and still come on up, that’s exactly what you’ll do. As I said earlier, not every person that is late or absent is habitually doing so without cause. There are people who have real challenges that are valid. Challenges that they are working through and praying about. Issues that they’re fighting through in order to be there. But there are also people who simply aren’t putting forth the effort to be there on time.

As unpleasant as it is to do, rules are the only way to filter the two and make the whole thing fair for everyone. You will find that when there is a consequence for tardiness, for example- that people who are tardy for a reason they can’t help will come to you and discuss a solution. They will come to you in humility and explain their situation, offer to sit out for a while, try to work something out.
But the first time the person who is just late because they don’t want to leave home earlier has to sit in the audience and watch that ministry go forth in the Lord, they will feel something they haven’t felt before. They will feel the unpleasantness of not being able to come up and participate in the ministry. That is a powerful motivator, believe me. I’ll never forget one time my keyboard was in the shop for a while. Now, I didn’t sit in the audience, I simply went up and joined the Tenors in the choir stand. But the whole morning I was looking over there at the band going forth and just burning inside wishing I was over there too. And I LOVE to sing! So imagine what a person who enjoys singing in the choir or on the praise team would feel sitting in the audience unable to participate.

That feeling alone is often enough to motivate a person who is habitually late on Sunday mornings or absent at rehearsal to make an effort to be there that they simply hadn’t made before. But if I can miss rehearsal and still sing Sunday; AND I don’t even have to get up any earlier because I can still go up and sing even if I’m late…then there just isn’t much motivation for me to make any additional sacrifice to improve my attendance or my tardiness.

And as long as we’re talking about sacrifice, the fact that enforcing rules comes with sacrifice for the whole ministry isn’t lost on me. I understand better than anyone that when you start enforcing rules that force people to sit out when they miss rehearsal or show up late on Sunday, it can really put the ministry at a disadvantage. That’s especially true of smaller ministries where every member is critical.

This is in fact the most common reason most ministries don’t have, or don’t enforce rules that govern attendance and tardiness. But the fact is, your ministry will be held hostage by the issue until it is addressed with some kind of consequence. Your choir may have to do the crutch song  one Sunday instead of the one you rehearsed. Or the Praise team may have to go with plan B. Or there may be fewer bodies up there than you’d like.

But in all likelihood you won’t have to deal with that scenario too many times once you start enforcing some standard that does not allow people who habitually miss rehearsal or come in late to perform anyway. Rules are unpleasant to enforce and can be hard on everyone, really. But they have a very powerful way of making people either step up or step aside. Either way your ministry ends up better off in the end.

Recently while doing research for ideas for my next blog I came across a great article- actually it’s more like a governing philosophy- written by a pastor as a philosophy for his church’s music ministry.
I thought this was awesome and I wanted to share it with you.

Rev. Larry D. Ellis, author of the book “Forgiveness- Unleashing A Transformational Process “ ,developed this biblically based philosophy over a number of years. It is offered as a suggestion and starting point for your consideration as you examine your individual situation, traditions and sense of calling from God. He would welcome your input and suggestions to his offering.

This philosophy statement and its guidelines apply to all aspects of the ministry of music at our church, including all the choirs, children and adult; instrumental music; soloists; and all church activities such as Christian Education, bible studies and retreats.

1.The definitive criteria for selection of our music is its message that it communicates. If it is instrumental music, we assess its musical quality, timbre, harmony, amplitude, and rhythm and the propriety of its use in our worship. If the music has word associated with it, we value the text being Christocentric and Trinitarian.
We see worship as our response to God’s initiative with us. Praise is not about what we want, need, desire or prefer.

3. Musicians are ministers appointed by God and music for worship is not our entertainment. – I Chronicles 16:4-6

4.The leadership is called by God to be teaching the composers, soloists, choirs and congregation how to minister to one another through music. Performing music is ministry just as composing and writing it is, when equips others to minister by using the music. As a part of the ministry of equipping we may bring in resource persons to maximize us where our leadership is limited. – Ephesians 4:11-12

7.All texts sung must be consistent with scripture and doctrinally sound. – Colossians 3:16

8.All music must be appropriate for the occasion, inspirational. – Ephesians 4:29

9.The ministry of music is seen as a great opportunity for evangelism. It is open to both members and friends of our congregation, not just formal members of our church. However, since we see ministry as being done for the body of Christ by the body of Christ, we normally desire to maximize our own participation before supplementing our efforts with those outside our local fellowship.

I’d like to thank Rev. Larry Ellis once again for granting permission to post this great piece of work. It’s sure to bless many music ministries. Please do me a favor and check out his book at The Forgiveness Book.com