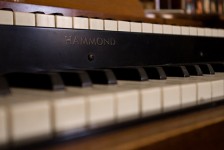 Like a lot of Gospel musicians, there are keys I’m not too fond of. They’re usually “white keys” like A, B, D E and G. Many Gospel singers feel the same way about these keys in particular. What makes these keys so unpopular with many Gospel singers? Well, most musicians, myself included, would tell you these keys are harder to play in. But I was watching a training video one day that kinda changed my whole perspective. Not just about “hard keys”, but about anything I find difficult to do.

So anyway, I was logged into the Gospel Musician Training Center (aff. link) looking at one of the many song teaching videos they have there. It’s an amazing membership site where you can go to watch instructional videos of instructors teaching you some of the most popular songs in Gospel music, step-by-step and chord by chord. Amazing resource for learning to play real songs real fast. Check it out here.

Anyway this particular song happened to be in one of those keys I really find hard. And because the instructor himself is a Gospel musician he already knew there would be many watching that video would would cringe when he told us what key it was in. So he mentioned it right up front. But what he said was so simple yet so profound that I never forgot it.

What he said basically is that the particular key in question wasn’t really harder than any other key. That, he said, goes for all the keys musicians find difficult to play in. We only find them difficult, he said, because we’re not used to playing in them. Spend some time playing in these keys and getting used to them, and you’ll eventually find them as easy as any other key.

These keys are perceived as harder to play in simply because we don’t encounter them very often in Gospel music-even less in our local churches. So it’s not that they’re any harder, it’s simply that we haven’t developed the muscle memory in those keys because we don’t play in them often. In fact if we’re honest many of us will actually change the key of a song if it happens to be in one of those “hard” keys. So they continue to be hard keys for us because we never really spend as much time deliberately playing in those keys as the ones we like.

I kept thinking about that and God kept revealing to me how that works in so many other areas of my life. How many things have we labeled “too hard’ simply because it was awkward the first time we tried it? How many things could we learn to do if we simply spent some time practicing it?

Pretty-much everything in life we find challenging can be mastered by developing the same “muscle memory” that enables a musician’s fingers to automatically go where they need to go in any of 12 different keys and hundreds of songs. Think of all the things we do now on auto-pilot, without even thinking.

When I get in my car, for example, I unlock it, get in, adjust mirrors, the seat, put on my seat belt, put my foot on the brake, put it in gear, put my foot on the gas and take off….all simultaneously, in seconds and without thinking about a single step. 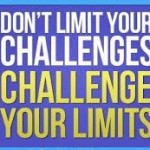 Remember how hard and complicated and cumbersome that process was when you were first learning it though? So what if you thought about every difficult or unfamiliar task that way?

What are the “hard keys” in your life? In your ministry? Identify them and you’ll probably realize that just like the hard keys on the piano, they really aren’t harder than anything else you’ve learned to do.