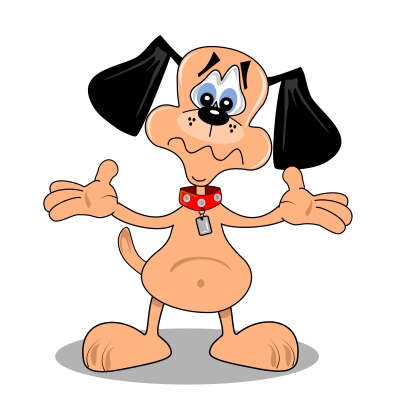 So you hear this great song and think it’s great for your choir or praise team. You go to all the trouble of learning it and teaching it. You perform it in the front of the congregation next Sunday and…. (insert cricket sounds here). The song bombs! It’s a very peculiar thing, isn’t it? Sometimes you’re just sure a song will bless everyone, because it blessed you! And then sometimes a song you don’t really care much for will tear the house up. It’s a very hard thing to predict sometimes. The good news is there are some pretty common things that can cause this to happen. Knowing what they are and making a couple of slight changes to your song selection process can dramatically increase your success rate with new songs.

Let’s start with the 4 most common reasons a song you loved ends up bombing:

Gospel music isn’t like secular music. While we love our music, it is in fact still ministry. So if the song isn’t really saying much of anything people will pick up on that. We as musicians and singers love music on a deeper level than the average person sitting in the congregation. So we may grow so attached to a great musical arrangement that we become willing to overlook or justify lyrical content that is maybe more fluff than real message. This one is perhaps the most deceptive of the 3 I’ll give you today, because music just moves music lovers. But if you’re not very careful in this regard you could end up with a song that only moves the people in the music department, while leaving the congregation feeling like outsiders.

I know it’s hard to accept or even admit (which is why nobody else talks about this) but even a song with a good message can fail to go over well with the wrong arrangement. This one can get more complicated to explain, because of the propensity of songs to speak to people on such an individual way. So I’ll give you a case study. We had a director once who chose a song for us to sing. The message ministered to him in a deep and personal way, and he believed the message was too important not to do. Well, to make a long story short the song just went over like a rock with the choir. None of us liked it. We couldn’t feel it spiritually, and we just couldn’t get into it. The director felt so strongly about the song that he forced us to do it anyway. We obeyed. The song bombed. And we never did it again.

The thing about Gospel music is that it has to have both. It needs a great message AND a great musical arrangement. In the above example the message was a good one, but it was a very personal one. It was a song about God bringing someone back from the brink of suicide. Encouraging, but not something everyone can relate to. But that’s not what killed it for us. What killed it for us was the arrangement. It was a very slow, somber kind of musical arrangement that was very quiet and didn’t really build any sense of triumph until the end. Even the melody of the vocal arrangement had this sad, somber delivery through most of it. We were so depressed listening to that song we just couldn’t get into it. But because it meant so much to him, we did it anyway. You already know the results.

Sometimes a song just has it all. Awesome musical arrangement, powerful message….but it still doesn’t go over well. Usually that’s because the style is wrong for your congregation. You should definitely bring variety to your music ministry. The key is being smart about how you use them, and knowing how far to go in either direction. There’s almost no extreme in the backwards direction. Older songs had a tendency to put much more thought into having both the music and the message. Then there’s that old-school sound that takes us all back.

Contemporary songs though, offer a lot more potential to get it wrong. Even with an audience that is receptive to contemporary music you have to be very careful how far you push the envelope. You are much more likely to end up with a song that fits scenario number 1 above when you’re dealing with contemporary Gospel/Christian music. The key is learning, observing and getting to know what your house responds to best. If you’re making the effort to do that and adjusting accordingly, your chances of success increase significantly. For example, even if your audience loves old traditional songs you have to be smart about how you incorporate them. In most churches an old traditional song will have a much more powerful effect if it’s used as a “throw-back” now and then instead of something that’s happening every Sunday. A really edgy contemporary song might bomb if the sanctuary choir did it but get a standing ovation from the junior choir.

One change you should consider if you don’t already do it this way, is to involve more than one person in the song selection process. We’ve done it this way for many years and it works very well. This gives you a system of checks and balances, so-to-speak.  That way you’re never choosing songs based on how it affected just one person.  Allowing a small group to listen, evaluate and vote on a song gives you a much better idea of how well it will go over.

Let’s face it guys. Sometimes a song has everything it needs. It’s a great song, from front to back. Perfect for your audience, lines up with you Pastor’s vision, everything. And we just don’t pull it off.

A great song, no matter how amazing it is, can not overcome a bad performance. That’s why I’m such a big advocate of doing two things:
1. Choosing songs appropriate for your group’s skill level
2. Perfecting those songs to the best of your ability.

It takes a lot of honesty..and frankly, a lot of time…to realize a song is just not right for your group. It may be any number of reasons. And the thing is we often won’t know until we try it by learning it. But if you’ve tried it several times and just can’t get it down, it may be one you have to let go of.

Sometimes though, a great choir learns a great song but is still a bit unsure. But because they learned it they sing it anyway. Mistakes happen and it doesn’t go well. So don’t sing it until you have it down. There are other scenarios of course, but the main point here is to choose songs you can do and do them to the highest level your ministry can do them.

Help take your performances to the next level with professional vocal training. Study in the comfort and privacy of your own home, at your own pace. More Info: 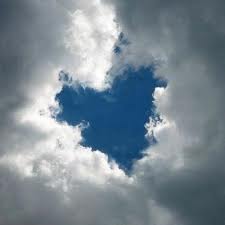 There is no secret that God finds music and singing very important in scripture. I did a search using just the words sing, sang , sung and singing and was able to pull up 137 scriptures that reference one of those words specifically. But with all the different kinds of Christian songs being done now, I started to wonder if there is a certain kind of song God likes or seems to prefer. Is there a certain kind that stands out more in scripture?

There are more scriptures that tell us to sing songs this way than any other way. The bible does mention singing songs about God, about teaching, doctrine, hymns, etc. But no other kind of singing is mentioned in the bible more than singing to God or to the Lord. In one article I was reading on the subject, the writer shared that his own research counted no less than 60 scriptures that tell us specifically to sing unto the Lord or to God. Here are just a few as examples:

That’s just 10 scriptures that encourage us to sing this kind of song. They go on and on throughout the bible, from the first mention of singing until the last. Col 3:16 is probably one of the most well-known of all scriptures about singing because it gives us the blue print of what God wants us to sing about.

When you start thinking about all of the most powerful, most endearing songs of today you realize many of them do just that. Think about Richard Smallwood’s “Total Praise”. Decades later it’s still one of the most powerful songs ever written. I believe it’s because it does everything scripture tells us God wants us to do in a song. It sings of His mercy, His grace, His peace, His power, strength-

” Lord I will lift mine eyes to the hills/ knowing my help comes from You/ Your peace You give me in times of the storm. You are the source of my strength/ You are the strength of my life/ I lift my hands in total praise to You”.

These are the kinds of songs God seems to love above all other kinds.

When you really search the scripture and begin looking at the kinds of songs that were sung (you can find the actual lyrics to songs in many places in the bible) it really makes you more aware of just how “wrong” a lot of the songs are that we hear today. Songs that talk about other people, or songs that were written to scold, beat-up on or reprimand (I won’t list examples but I could- especially in Gospel).

So really, what we have here is a very clear and easy way to choose songs that you know will please God. Songs that talk directly to God or to the Lord using first person and personal pronouns. When you sing songs that talk of his goodness, mercy, grace, power, love (I could go on and on with that list)…and you sing them directly to Him…you will be singing a song near and dear to the very heart of God.

Your praise team will be blessed by this article! Get 13 articles like this one in my latest e-book “Praise Team 101”.