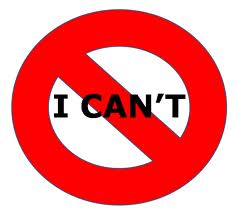 I was watching one of those weekly shows once where they open with the end of the episode, then they take you back and show how that moment came to be. I’m gonna do that today, just because I think it would be a more interesting read.  Ok so it’s Sunday morning, about 8:30. I jump on my fan page and post this long status update. It starts getting responses almost right away. People started liking it and commenting on it. It really resonated with everyone.

Now let’s rewind a few months. We’ve only had a praise team for a short time. We’ve struggled, had personnel changes, challenges with leadership, schedules, etc. But recently our former worship leader, a minister, stepped down to focus on preaching. The new worship leader was appointed from our own ranks, an extremely talented and anointed woman of God. We began working together and positive change started happening almost immediately. We all had the sense God was about to begin using the praise team in a mighty way to affect change in the way we worship God on Sunday mornings. So naturally the devil got busy.

We only had 2 tenors, and one of them was now gone, leaving just one.  He’s an amazing, powerful lead vocalist who leads most of our choir songs that need a male leader. But like many very talented lead singers, he has always struggled with vocal harmony. Well, to make a long story short the devil began using this one small thing to dismantle and unravel everything we had accomplished and hinder us from moving forward. It was really causing us to struggle as a whole. I knew I had to do something to move us past this, and I knew I was the only one who could.

I started toying with the idea of leaving the keyboard and singing with the praise team on Sunday morning. But each time I discussed this with the band we simply couldn’t bear the thought of not having the keyboard involved in the musical arrangements. Keys are such an important element in the sound of worship music. During these conversations someone would almost always mention me playing and singing from the keyboard, but I had been so adamant for so long that I “couldn’t”, that now when anyone mentioned it, they did so almost as a joke. But I had reached a point where I knew in my heart that was the only option to get us past this so we could move forward into where God was trying to take us.

So just this past Wednesday night at rehearsal, after again struggling most of the night and still not really able to perfect the harmony, I knew it was time for me to step out of this comfort zone and stop saying I can’t do it. God had given me everything I needed to move us beyond this hurdle and I simply was unwilling to do it. Why? Oh I had my reasons. Good reasons. We all do. But none of them mattered at the moment. Suffice it to say that I knew singing and playing was something I could in fact learn to do if I just practiced it. But it was easier to just continue saying “I can’t sing and play”.

But when you’re continually unwilling to step out on your own, it’s just like God to put you in a position where you don’t have a choice. That’s exactly what He did Wednesday night. Our one tenor was going to be leading one of the new songs, leaving us with no tenor at all. And there was nobody I could move to tenor without leaving someone else short. So God just spoke to me, quietly and in my own voice like He does, and told me…”you can sing this and play. These songs are easy enough. You sing tenor from the keyboard.”

I knew at that moment there was no more excuses. So without any protest or argument I just asked for a mic at the keyboard. We did the songs in a few minutes, God came in and moved at rehearsal and I knew then that I’d be doing it permanently. After thinking about it the rest of the week, contemplating all the time I had wasted saying I can’t do it and where I could have been by now; after all the weeks we’ve struggled and NOT sang songs because we couldn’t get the tenor part right; I felt almost responsible in a way.

I thought about it the rest of that week.  Sunday morning I got up with all this on my mind and that voice spoke to me again. In the middle of sitting at the keyboard I got the overwhelming urge to go to my fan page and post something about what was about to happen, all that God had been revealing to me about the word “can’t” and how much it has been hindering me from moving forward- and thus hindering the whole praise team. So I just sat down and started typing. What my followers saw Sunday morning was unscripted and unedited. It was this:

The praise team is doing all new material this morning, and one of them will be led by our only tenor….which means I’m gonna have to sing and play at the same time today (gulp!).
Singing and playing is something I’ve always had a problem with, and I used to say when the subject came up “I can’t sing and play, you’re gonna have to choose one!” And we’d all have a chuckle about it.
But my own tendency to be introspective made me have to stop saying that, even jokingly. Because honestly it wasn’t true. I can sing and play…if I practice doing it. So it’s not that I’m physically not able to sing and play. I just haven’t cared enough or had enough of a reason to apply myself and learn.

The funny thing is, it’s really just a matter of practicing it. Getting used to doing them both at the same time. That’s about as hard as switching to your weak hand for all of your writing. But you see how important what you say is? “I can’t” is a phrase that plants a seed in your spirit that convinces you of just that. But when you change that verbiage to something like “I haven’t learned how yet” or something similar, everything changes. Now something your mind was all too happy to use as an excuse before has been changed to a very honest truth that holds you accountable. Now every time you talk about that thing you have to face the truth that it’s not that you can’t. You just haven’t really tried yet.