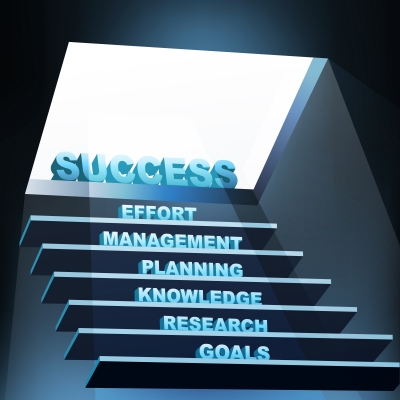 Lately I keep thinking about that scripture in Deuteronomy 8:18 that says God has given us the power to get wealth. But then I heard a statistic recently regarding the popularity of reality shows. Turns out most people say they watch them because they’re bored and have nothing else to do. What I’ve learned this year that has really sunk in more than any other time in my life, is simply that the power to get wealth is in knowledge. In the past I, like many others, have said that you can’t be successful trying to market to believers; especially black ones. But there was one flaw in my thinking. Black Christians spend a lot of money. And there are in fact  companies successfully making an income selling stuff to them. And they’re not all selling bibles and hats. And most of them aren’t faith-based businesses.

So last year after having my services on-line for some time and having “marginal” success at best, I decided to take ownership of where I am and what I’m doing- and NOT doing- to reach my goals. I got real honest with myself and admitted that I know nothing about how to market properly and that I was basically just putting stuff up and hoping people would come.  Blindly trying different things, tossing them against the wall and seeing what would stick. So I made a commitment that I would really get serious about learning how to properly market my stuff on-line. So while many people are coming home parking in front of the tv because there’s “nothing else to do”, I started coming home and get on-line. I stopped chatting and playing games and started reading about internet marketing.

Now instead of tv and games I read forums and websites and articles and courses about the how to create and market products and services on-line. Then I spend hours sifting and sorting through information over-load and hype. Then even more hours learning how to apply what I’m learning. It’s been frustrating. And time consuming. And overwhelming. And more than once I’ve felt like I was getting nowhere (that’s because the Devil kept me focused on what I wasn’t accomplishing so I couldn’t see how much I had already accomplished- but that’s another blog for another day).

But I’ve come to understand that God makes it possible for us to get the knowledge, which equals the power that we can then use to get wealth.  Most of us don’t ever get it because we stop short of getting the knowledge. It’s taken me several years to really get this. I thought that because I felt like God told me to do something, and I was pretty good at it, people would come. And they’d tell two friends, and they’ll tell two friends, and so on and so on. I found out though, that real life doesn’t work like that shampoo commercial.  I’m a vocal coach . People who study with me say  I’m pretty good. But that’s not enough, and that’s the truth I’ve had to learn. People don’t tend to go tell two friends when they’re happy. But they’ll tell 10 friends when they’re not, lol! Now that I do get it though, things are starting to happen.

I’m a vocal coach now because one day I believed God spoke to me and told me that’s the direction I should be going. What I did next though, is the reason I am one today. And what I did next is get on line and start searching out how to become one. If I hadn’t, I still wouldn’t be one no matter what God said to me. But here’s the thing. Sometimes it isn’t even that deep. I did spend money, get training, take lessons, go through a certification process to learn to teach voice professionally. But God has given us the power to get wealth using knowledge we already have.  One of the products I promoted was built from things I just learned from being in music ministry most of my life. Not something I went to school for. Just something I’ve learned how to do over the years. It’s called “Ad-lib Like A Pro“.

So anyway, I posted this blog announcing the sale on all my products, then I posted about Ad-Lib Like A Pro separately a couple of times. Now, before this year I would have just put it on my website and waited for people to come. Then hoped some of them might buy it.  Or worse yet, I would have thought “that would be a great idea” and then stopped right there and went back to playing Farmville. But because I got serious last year and determined I’d learn everything I needed to know about how to be more successful, I have a new mindset now. Now when I have an idea or a thought, I start researching how to do it. I learn as much as I can free and when I determine I’ve gone as far as I can free I spend some money. Because I understand now better than any other time in my life that God is always giving us ideas, placing people in front of us, putting us in the right place at the right time. And it’s up to us to take it from there. Because of that mindset Ad-lib Like A Pro and Vocal Ministry Breakthrough generated over $250 in sales, and did so less than a week before Christmas. That’s just putting it out there to you guys.

The point of this whole thing is not to talk about what I’ve managed to do. That’s not much money in the grand scheme of things. It’s more about really coming to grips with what it really takes to move to the next level with pretty-much anything we want to do. As we come to the end of the year we’ll all start talking about what a great year 2013 will be like we do every year. But most of us say that expecting that God will simply just drop it all in our laps without much effort on our parts. I have had to learn it just doesn’t work that way. God gives us ideas and knowledge and skills that we can use to be successful. But then He expects us to do something with it. He answers prayers by placing people in our paths that can help us achieve the things we’ve been praying for. It’s then up to us to see that as an opportunity He’s placed in front of us and then take advantage of it.

So many people are absolutely convinced God told them to do something or pursue a thing until that first hurdle comes. Or the first realization it will take time and work and money. Then just as quickly as we got the revelation it was Him, we suddenly get another revelation that it wasn’t. I’ve learned that while there are definitely things out of our control out there, very little of what’s holding most of us back has anything to do with our circumstances, income, background, race or anything else. God didn’t make any specifications about whom He gave the power to get wealth. He didn’t say He gave it to only one or two segments of the population or to one race of people over another one. We just have to understand what that power is, and that He gave us the ability to get it any time we want it. Other scriptures reinforce that notion, like 2 Timothy 2:15. Hosea 4:6 and Proverbs 4:7 .

Moving into 2013 I’ve had to understand that having a desire and even the talent to do something does not guarantee I’ll be successful with it. I must study, learn, grow in my knowledge and expertise of that thing. I must invest time and yes, money. He has indeed given us the power to get wealth. And as I’ve seen proof of myself, it will kick in as soon as we’re ready to start using it.