Maximizing Defining moments in your ministry 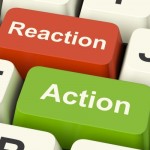 If you’ve been serving in music ministry any length of time- especially in a leadership or “simi-leadership” role, chances are you’ve had something happen that changed your view of where you are. Something that made you say “wow, I wasn’t ready.” Or “Oh wow, if I had known how to do this or that, we would have been able to do this or that”.

I may not quite be making sense here just yet so let me give you a couple of examples. I often talk about my dear friend Monica, the minister of music at my church, and the lifetime of friendship and service we’ve shared working side by side in the music ministry there.

One year on the first rehearsal of our huge annual Family And Friends rehearsal with a house full of participating visitors, I walked up to the front of the room to begin  teaching my first song. I was waiting for my band to begin playing like they always do, but they were struggling with the music.

After several uncomfortable minutes of that I suggested we go to another song. It was pretty-much the same thing there too. I was NOT happy, and I shared that very candidly with the guys later. I can’t believe, I told them, you guys had me out there like that in front of all those guests. Monica has shared with me many times since that incident that she vowed from that moment on to never ever be caught not ready for another rehearsal. And she hasn’t.

I recently shared with my followers on the fan page a story about how, after years of saying I can’t play and sing at the same time, a situation that the devil was using to try to undermine the ministry of the praise team forced me to have a similar epiphany. There I was, sitting there with the talent and ability to fix this issue simply by DECIDING- because it’s always our choice whether or not to do what it takes to go to the next level in our ministry- to start putting forth the effort to start singing and playing. It was a defining moment that caused me to make changes that have helped the praise team thrive and become more and more powerful each Sunday, it seems.

Recently our choir director accepted his call to the ministry. Shortly after, and without any notice at all, he decided to step down, leaving us scrambling for solutions. Well everyone knows I direct, but everyone also knows that I teach 4 groups, play for everybody along with the band and everything that comes along with preparing for all that.

I was frustrated, to say the least. But even when Monica told me the news I decided (after I exercised my 5 second rule of music ministry, lol) to just be positive about it. But I’m human, and I was feeling frustrated and a little overwhelmed even. So much so that I actually sat out one Sunday to get my spirit right ( let’s just say sometimes it takes more than 5 seconds).

While I was out though, God began to show me things. You see Monica’s daughter Tiffany was in the choir for years and had left. She recently came back, joined the choir and the praise team and has been an important and productive member since then.

And it just so happens that Tiffany is an awesome, anointed, energetic director. So I’m thinking about all this and as I’m doing so God is showing me that He was in the plan from the beginning. That He was going to use the two of us working together to reignite a fire and enthusiasm in the choir that had been missing for a while.

These are just a couple of examples but I could go on and on. Because defining moments are always happening. In music ministry and in life, God always presents us with opportunities that show us very honestly where we are. Then He just kinda waits and watches to see what we’ll do.

It is at those moments that we can choose to be victims, blame others, make excuses, be negative. Even when we’re absolutely justified in our feelings,  there is usually a path God wants us to take that would put us on a direct course to a higher level of service and excellence in music ministry.

It is never without sacrifice. More time. More learning. More stretching. Being pushed out of comfortable places. But when we allow God to show us ourselves in these defining moments and then take steps to maximize them, God takes us higher. A year ago you couldn’t have told me I’d have my own dedicated microphone in front of the keyboard and I’d be singing and playing through much of the service. Or that I’d actually be excited about directing again in ADDITION to everything else I already do. But it’s not me I’m excited about. It’s what taking these steps will mean for my personal ministry and how positively they will impact the ministry I serve in.

Well, Tiffany stepped right in with only days notice and has been doing an amazing job as director. This past Sunday though, was the first Sunday that we both directed. It was one of those things I think everyone felt but nobody had verbalized yet. The paring of these two was going to be a good thing for the choir and God was in the plan.

After church we looked at each other and gave each other a high five. “I think we make a good team”, she told me. I smiled and said “This is the new era, T. We got next.” “We got this”, she said smiling back at me.

Have you had a defining moment in your own ministry? How did it change you? Leave a comment below. I’d love to hear your story.

5 Responses to Maximizing Defining moments in your ministry