Let’s face it. Christian/Gospel Hip-Hop gets a bad rap (pun intended). There are definitely way more people against it than fans defending it. And quite honestly, much of the criticism was brought on by the artists themselves. Although many Christian Rappers may have good intentions, their biggest mistake- and consequently the biggest generator of complaints- is their determination to sound as much like the world’s version of it as possible. The logic is obvious; reach the youth by mimicking the sound of worldly hip-hop and simply change the message. However, right or wrong, many feel these beats are satanic and therefore can’t be made holy by simply changing the lyrical content. That debate is a can of worms too big and messy to open here, nor do I have any intention of doing so.

So the musical production is one big drawback of the Christian Rap genre as a whole. But the other big problem with a lot of Christian Rap out there is that frankly, it just isn’t very good. And I mean the artists themselves. Hey. Truth is the truth. Thankfully though, there is a new breed of Christian rap artists emerging. They are coming with a fresh new sound that is much more message-driven. Their tracks are getting away from the monotonous, repetitive beat-driven tracks often used in worldly hip-hop in favor of tracks that are much more musically palatable.

One such artist I personally consider to be one of the leading pioneers of this gradual change is a brother (and I mean that quite literally- he’s my brother!) by the name of  Timzo. His is not a 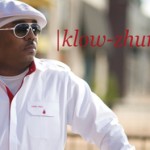 name you’ll recognize. That’s because for years this young brother has been quietly writing, producing, performing and releasing entire projects on his own dime for not much more than the love of the art form and a heart for ministry through rap music. A native of Dallas Tx, Timzo’s production and style of delivery has always been dramatically different from what people were used to hearing from rap. While his unique sound often wins over even the most radical opponents of Gospel Rap, it also got him a lot of closed doors from people looking for more of the same old same old.  He talked about that briefly in a bio he posted on his ReverbNation page; “I’ve been rejected for being a different Artist; from the Streets to the Church. So much so, that I decided years ago to walk away from music, rather than compromise my uniqueness and my passion for the Art itself”.

And he did just that, for quite a while. But after a long hiatus Timzo felt the leading of the Lord to get back into the studio. His latest release, entitled Klow-zhur, is his 3rd independently released album. The album dropped  on 12-21-12. Timzo talked about the concept of the album and how he choose the title, which is the phonetic spelling of the word Closure; ” {klow-zhur} is something we all need before we can really move forward in life. Everyone has to deal with getting closure on some level. On this album, you will hear me dealing with specific issues I’ve had to face in the last 5 years, as well as some of the situations I’ve witnessed others face. You will hear rejection, bitterness, frustration, inspiration, and encouragement all in the same project…”

But what you’ll also hear on this album are all of the signature elements that set Timzo apart from any other Christian/Gospel rap artist. Things like real instruments. Real people singing. Flutes. Guitars. Grand pianos. Some of the best musical production and arranging you’re going to find on a Gospel rap album.  And one very talented brother whose lyrical style and flow is so good that it often surprises people- that is, after they get over the fact that they actually understood everything he said.

Whatever your personal opinion is of Christian Rap, it does have an audience. It does have a place. And on those rare occasions when it’s done well, it is a powerful medium to expose and draw people to the message of Christ. With the right push in the right direction- that being away from conformity, mediocrity and lack-luster talent- I believe the genre can be one of the most powerful witness tools available to reach our youth today. So even if you’re not crazy about the genre yourself, this young man’s music is something I recommend you give a listen to. I’ve posted links to all Timzo’s various sites and pages, most of which allow you to listen to the project in it’s entirety. Listen with an open mind and you’ll likely come away with an entirely different opinion about Christian/Gospel Rap.